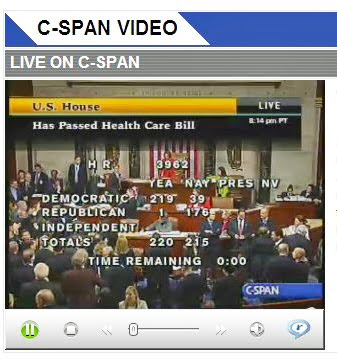 Health bill passed at 11 o’clock Eastern time! 218 votes were needed but
220 were collected, one of them Republican.
I believe that an other Nobel Prize should go to Republican representative Cao from Louisiana, who crossed partisan lines!
May God bless the United Sates of America, which now has a foot planted in...the 21st Century!!
Publicado por estrella en 11:32 p. m.